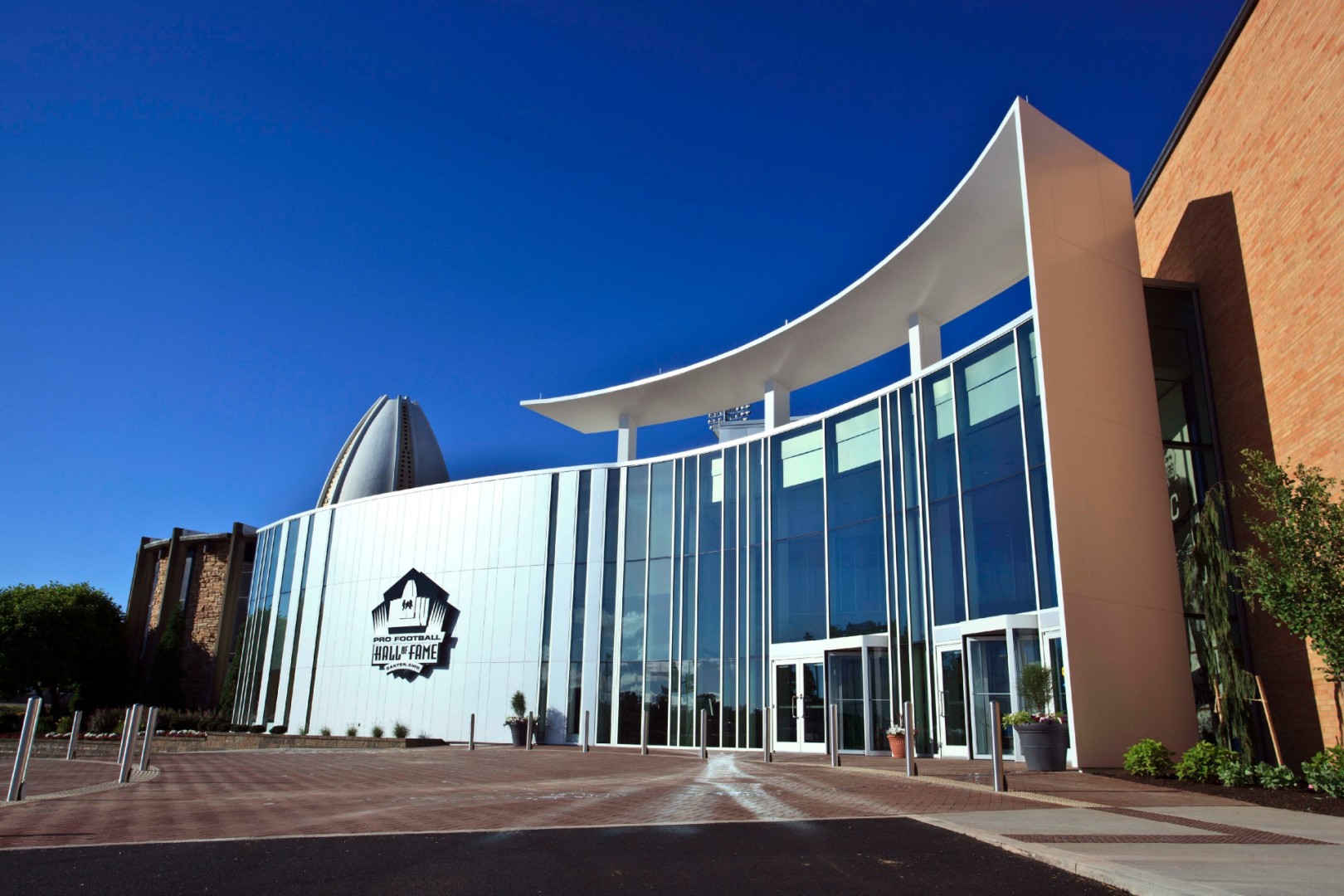 Every athlete aspires to be inducted into the Hall of Fame. A Hall of Fame induction is the ultimate mark of achievement for any professional sports player, knowing their career is recognized among the best of the best. Only players with an undeniable impact and significant on-the-field contribution can reach the HOF. Thus, the physical Hall of Fame facilities have become travel destinations for sports fans from all across the world who look to pay respect to their favorite players and honor the game they love. So let’s break down the Top 5 Sports Hall of Fames to visit.

The Pro Football Hall of Fame (aka “Football Heaven”) located in Canton, Ohio was opened in September 1963. Recognized as America’s premier sports Hall of Fame, it features a museum, stadium and other attractions, which pay tribute to the legacies of pro football’s greatest players, coaches, owners and more. As of the Hall of Fame Class of 2022, there are 362 total members. Fans from each of the 50 states and from over 70 foreign countries travel to visit the HOF. The Hall of Fame holds the annual NFL Hall of Fame game, which is the first NFL preseason game of the year, during which the newest members are honored and inducted.

The Springfield, Massachusetts-based Naismith Memorial Basketball Hall of Fame was established in 1959. More than 400 NBA players have been honored at the Hall of Fame museum, which is dedicated to promoting, preserving and commemorating the sport. Visitors can put their abilities to the test on the "Jerry Colangelo Court of Dreams" as well as enjoy many interactive exhibits. Best known for its annual highlight Enshrinement Ceremony honoring the top players in the game, the HOF also hosts over 70 high school and collegiate competitions each year across the nation and internationally.

The National Baseball Hall of Fame and Museum in Cooperstown, New York was founded in 1936. The Hall's motto of "Preserving History, Honoring Excellence, Connecting Generations" serves as its mission statement. Over 340 people have been elected to the pantheon of players, managers, umpires, executives, and pioneers which make up the Hall of Fame. The HOF special attractions include Hall of Fame Weekend where new inductees are honored and the Hall of Fame Classic, a Memorial Day Weekend tradition where former MLB players showcase their Hall of Fame skills.

The Hockey Hall of Fame based in Toronto, Ontario dates back to 1943. The museum is devoted to the history of ice hockey and features exhibitions on players, teams, statistics, memorabilia and trophies, including the Stanley Cup. As of 2022, over 290 players (including nine women) have been elected into the Hall of Fame. A special "Hockey Hall of Fame Game" between the Toronto Maple Leafs and a visiting NHL team is played after each year's induction ceremony in November.

The National Soccer Hall of Fame is located in Frisco, Texas. Established in 1979, the HOF is located in Toyota Stadium which is home of the Major League Soccer club FC Dallas. Widely considered the highest honor in American soccer, the eligible individuals are inducted annually into one of three categories: Player, Builder and Veteran. The Hall of Fame celebrates the players, veterans, and owners who helped bring American soccer to where it is today while completely integrating modern technology, such as virtual reality, gesture technology, and interactive digital video boards.